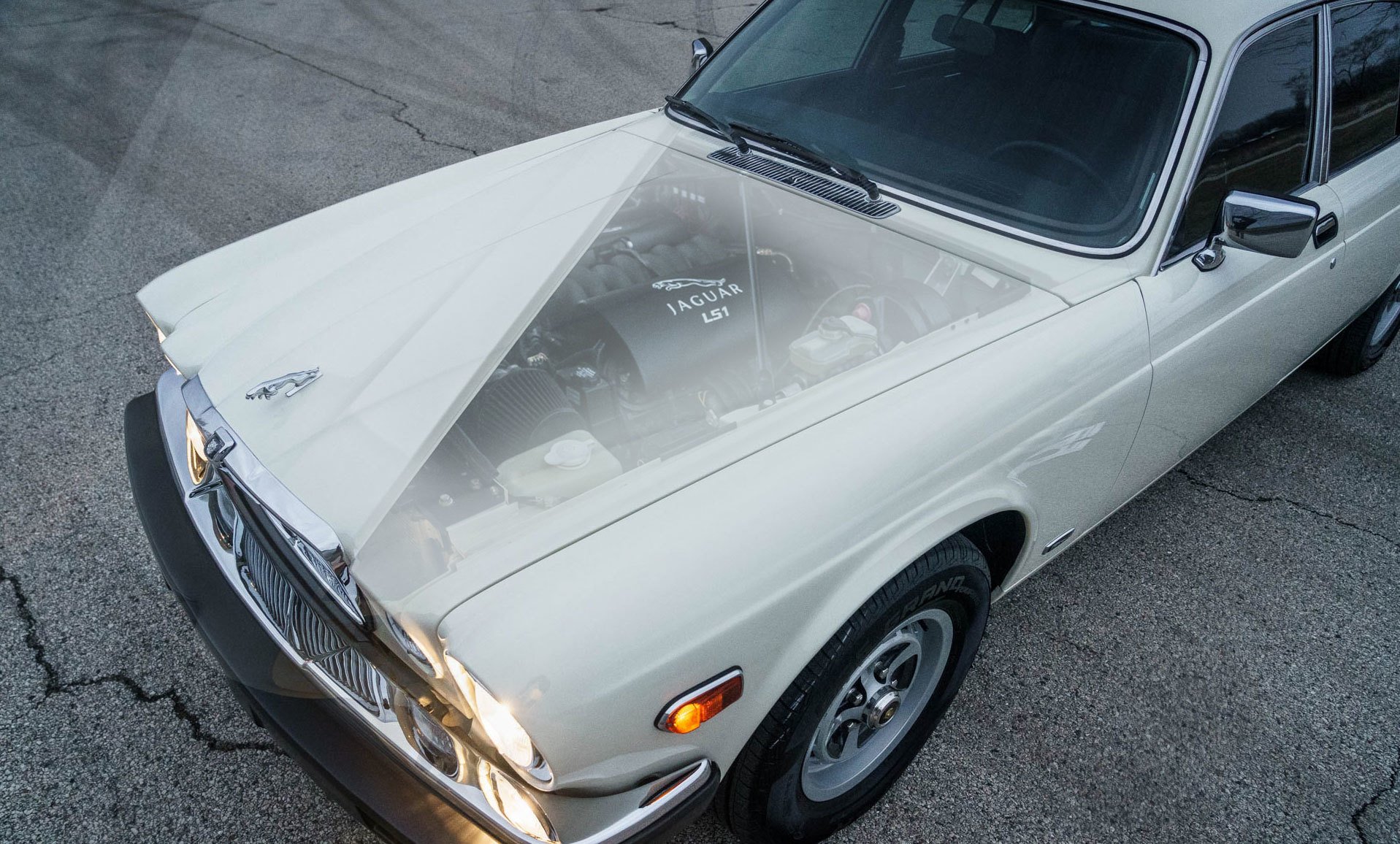 Just when you thought Jaguar's old-school XJ6 couldn't get any cooler, somebody goes and fits a GM LS1-a V8 under the hood

Undertaking an engine transplant can make or break a project. Of all the modifications destined to reduce seasoned professionals to tears, swapping powerplants will ensure that scuffed knuckles, mismatching engine mounts, and clutch alignment woes will send you over the edge. It's why the creator of this Jaguar XJ6 deserves a knighthood – for there's LS power under that curvaceous hood.

Radically transformative, an engine swap is all too often undertaken by those of a certifiably insane nature. Akin to watching wrathful scientists commence open heart surgery, the result can be perilous to say the least. Not this one though. Blending British panache with American muscle, the 1987 LS1-a V8 powered Jaguar saloon (a creation from Custom Classics of Illinois) remains a benchmark of how it should be done.

Installed within a ludicrous number of vehicles, GM's LS1-a unit has proven to be both reliable and affordable. Tuned in the right way, it can deliver astonishing grunt, too. Previously shoehorned into countless Volvo wagons, Subaru Imprezas and Volkswagen Golfs, these cars don't possess the aesthetic traits deserving of a naturally aspirated V8.

An old-school XJ6 however, that's a car begging for eight cylinders. When rolling out the Coventry factory during the late 1980s, the XJ6 was already dripping with style and boastful of a throaty exhaust note. Yet, this one cranks up the lust factor.

Power rating isn't listed with the advert, but we estimate there's between 325-345 horses on tap under your right foot. That might not sound like much in light of present day counterparts, but such clout is more than enough to develop a broad ear-to-ear grin. Few modern equivalents radiate such attraction, either.

Just look at it. Those svelte links and perfectly balanced flanks produce a four-door sedan with more sex appeal than any home-grown rival. A car of this magnitude shouldn't be this sensual. It's almost ungodly. Even in white – one of the biggest turn-offs for most petrolheads.

Everything remains standard within the cabin. It's still stylishly opulent beyond belief, offering space for four and comfort levels unfelt since that post-breakup bucket of Ben & Jerrys.

Improving upon Jaguar's own fine-tuned recipe was previously deemed impossible. Oozing class and riddled with refinement, the imposing British icon frequently topped the polls as one of culture's most popular collector cars. Well, this LS1-a conversion has just taken the big cat to another level. It's all the grandeur of sophistication with upgraded power. Like installing the Queen with T-800 underpinnings.