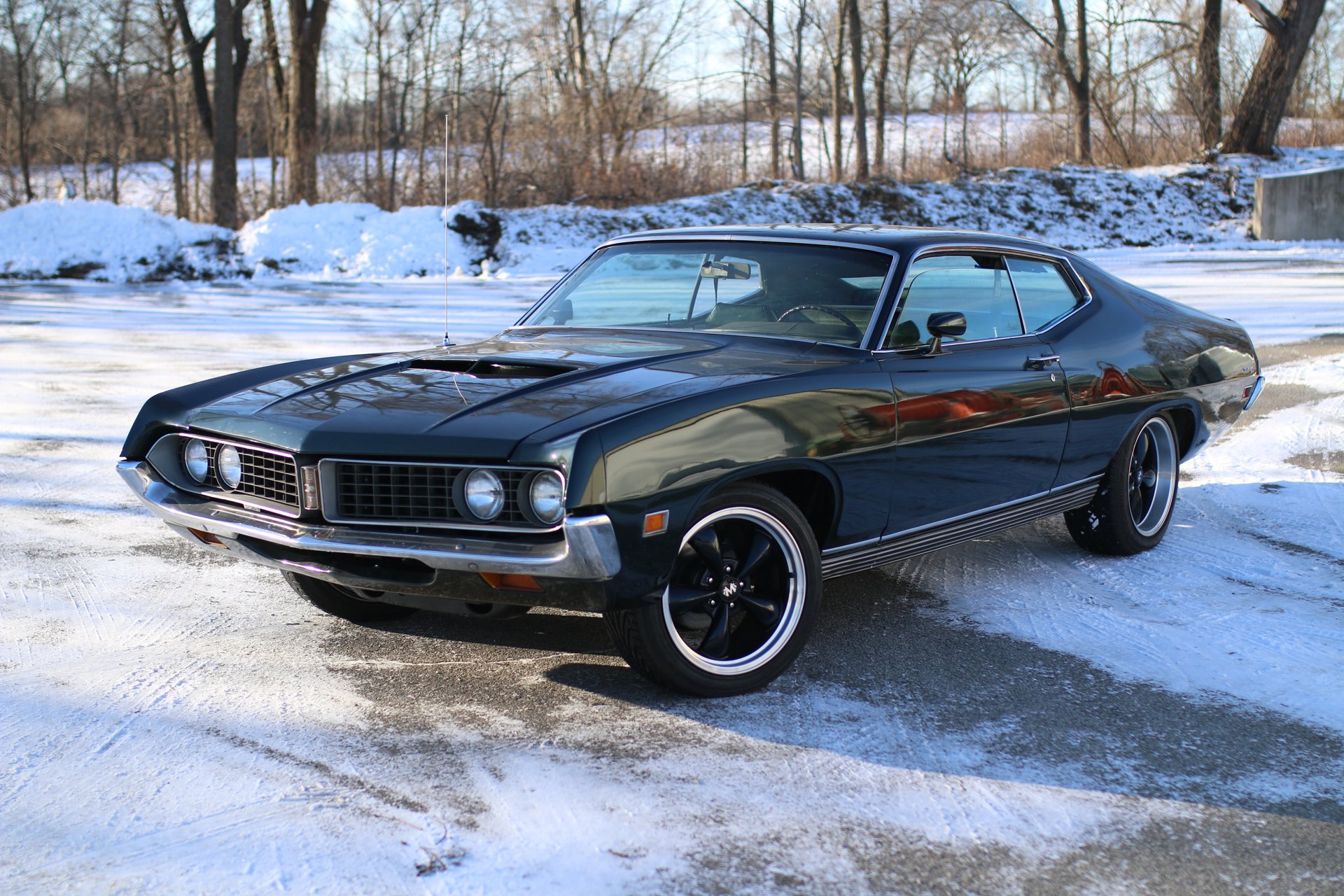 "Pushrod engines can be so 20th century. Ford hasn't produced a production engine with a cam-in-block design that actuates the valves via pushrods and rocker arms since 2001 (and that would be the 5.0L Explorer for those keeping track at home). That's nearly 15 years ago. Much like carburetion and four-speed manual transmissions actuated by mechanical linkage, the pushrod V-8 engine was replaced due to inefficiencies that cost it performance, fuel mileage, and even handling/braking. When you consider today's all-aluminum engines with multiple valves, overhead cams, and six-speed (or better) transmissions that make more power than the big-blocks we croon over from the '60s, it is easy to see why these modern engines are ending up in more and more vintage engine swaps. It's now easier than ever to get a modern engine fitted to a vintage Mustang and there's no argument that the 5.0L dual overhead cam (DOHC) from the 2011 to current Mustang GT, affectionately known as the “Coyote” modular V-8, is the engine of choice today.

Early modular engine offerings were rather anemic in their power offerings, with the original 4.6L two-valve in the 1996 Mustang GT, offering just 215 hp. The four-valve DOHC version of the 4.6L found in the same year's Cobra model was good for 305 hp. It would take adding a supercharger and good internals for the debut of the 2003-2004 “Terminator” Cobra to get even close to 400 hp (the engine was rated at 390 hp). So when the Coyote 5.0L DOHC modular hit the ground under the hood of the 2011 Mustang with 412 hp, people noticed! Over 400 hp without the use of a supercharger had Ford fans running to their dealers for test drives. The Coyote's cylinder head design, camshafts, and trick electronic valve timing control (each cam independently controlled) meant this new modular not only made good power but actually had usable torque down low, something the Mustang was missing since its pushrod days. The Coyote quickly became Ford's media darling as the Mustang made waves, the engine found its way into Ford's hot-selling F-series pickup truck, and later found its way into the Ford Performance Parts Catalog with a custom harness to allow installation in just about anything with four wheels.

Early adopters are everywhere, whether it's for curved televisions, smartphones, or engine swaps. As soon as the first wrecked 2011 Mustang GT hit the salvage yard, people were whipping out their measuring tapes and trying to figure out how to get a used Coyote into their vintage car's engine bay. These early adopters most certainly have helped pave the way to make this swap much easier for all of us now five years later." (source:Houlahan, Mark. “5.0L Coyote Modular V-8 Swap Guide.” Mustang 360, Mustang 360, 6 July 2015, www.mustangandfords.com.)

Follow us along as we surgically transplant this Coyote motor with the necessary wiring and transmission into the engine bay of this 1971 Ford Torino - truly a match made in heaven. When finished, this pro-touring muscle car will retain its classic style while enjoying a whole lot of modern power and some creature comforts of today.

If you have an idea for a fun engine swap of your own, make that dream a reality and contact us today to get started!