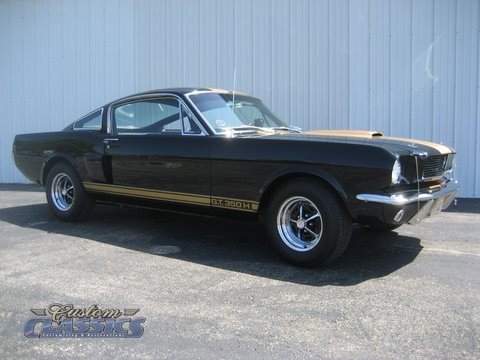 - Complete rotisserie restoration completed spring of 2009
- Serial # SMF6S1700 with Ford Vin #'s on inner fenders verified with SAAC to be the true Shelby GT350H #1700
- Originally shipped to Jerry Alderman Ford Indianapolis In 4/12/66 for dealer prep prior to delivery to Hertz Indianpolis
- One of only 999 and one prototype "Hertz Rent a Racers" as they were commonly called.
- The Painstaking restoration was performed using mostly NOS or original parts reconditioned to like new appearance.
- The body is laser straight as you can se in the photographs.
- This is one of the nicest 66 Shelby Hertz cars anywhere and would be a welcome addition to any quality collection.

*****
It should also be noted that on the MCA judging sheet in most of all the categories but one. "Quality of workmanship condition and cleanliness" had ZERO DEDUCTIONS the only hit was the distributor  that was correct and original but a little faded. --Including Undercarriage had  Zero Deductions
*****

****The Mecum Sold cars were not rotissory restored to the same extent as this car.

When I purchased the car it had been painted red/white stripes somewhere in time and looked pretty good having spent much of it;s life in TN.
MY desire to put the car back to its original color led to a full scale restoration with an emphasis on quality in all areas of the car. Even the most insignificant areas that woukd be covered with carpet or seam sealer were treated as if they were the most important part of the car.  During the teardown and stripping the car to bare metal numerous factory chalk-marks were revealed, documented through photographs and reapplied to the car during the restoration process.

Where ever possible N.O.S. parts were used when a part needed replaced. otherwise the original part was restored to like new condition. The majority of the sheet metal was solid (see pictures of restoration) with the exception of a few areas that indicated that a four point roll-bar had probably been installed at some time and the cut out and the areas patched. Some of these areas such as the passenger side footwell had a large patch and a section was cut out of a NOS pan to create the patch then welded in and finished to provide a transparent repair. Some small patches had to be hand formed to precise requirements. Front and rear bumpers are N.O.S as well as most exterior cosmetics such as taillight buckets, bezels,backup lights front turn signals grill doorhandles etc.  Where NOS or Original used parts could not be used Concourse approved parts were ordered from a Mustang restoration parts company. The windshield is new and is properly etched and date coded Carlite.

The Engine was freshened and checked out and performs  great and starts in an instant. The Carburetor was completely reconditioned by Holley including the like new re-plating.  Although the  HIPO Block serial number is different that the cars Ford Vin, it is a true serialized HIPO Block with original correct heads, valve covers, oil pan.

Only quality materials were used in the finish of 6S1700. The body, hood, doors,fenders trunk etc were meticulously worked to perfection using PPG Primers, Paint and Clear-coat. The car was base-coated then shot with 3 coats of PPG clear-coat then block sanded prior to application of the stripes. The application of the stripes were laid out to precise documented measurements for Shelby Stripes then applied and followed by three coats of PPG clear-coat over the entire car.  Block sanding and buffing of the finish paint produced a LAZER straight body and a shine of great depth.

The car was completed just prior to the 2009 Mustang club of America National show held in Indianapolis In. The car was entered into the Concourse Trailored class which is the most demanding class of the show. The car caught the eye of literally every contestant and judges spent a lengthy time inspecting and commenting on the workmanship of the car. The car was judged by Jeff Speagle a  highly regarded MCA Head Judge and authority on Shelbys. The car received a Bronze award at its first show and probably could easily  move up to the Gold Award with the information and knowledge gained from Jeff during the judging process. He mentioned that most of the items of descrepency could be corrected over a weekend and many have since been corrected. The major deductions were for personal choices I took in the restoration. I chose to use a wider tire and wheel than was available in 1966 because of appearance  as well as I like a little thunder in the exhaust so I installed Flowmaster exhaust and larger than original tailpipes. These items could be replaced easily as there are available reproductions on the market.

It was not my intent to follow the Concourse show circuit but to produce the best example that most anybody has ever seen of a 1966 Genuine Hertz Rental car
6S1700 is always commented on at local and regional shows as the finest looking Mustang or Shelby they have ever seen.