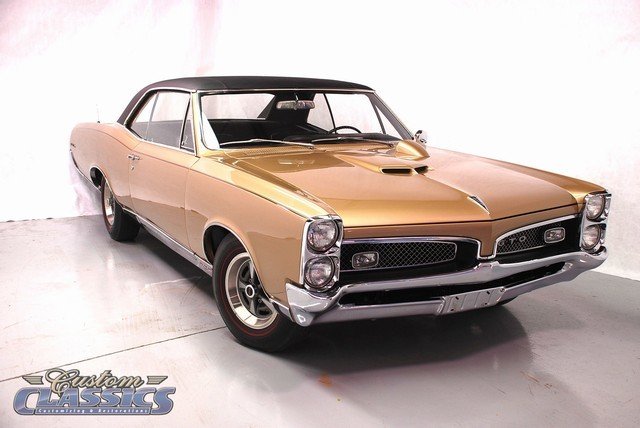 This GTO was originally ordered by Terry Weiner's (owner) father
from Peter Epstein Pontiac in Skokie, IL in November 1966. Terry was there
at the dealership when it was ordered and went along to pick it up when it was
delivered. The car was ordered as a family car and it was the third GTO his father owned.

After some time, the car needed a complete restoration. If it was going to ever get back to original factory condition, a full-service restoration shop was needed to get the job done. “Custom Classics had just completed my award winning 1971 AMC Javelin/AMX restoration, so we started on the GTO project with them in 2002. Custom Classics helped handle just about every aspect of the restoration, including the frame and suspension, engine and driveline, bodywork and paint, parts procurement and assembly. I was also able to be involved in every step in the process of transforming this 1960's muscle car to the factory original condition I had always wanted.” - Terry Weiner

The 1967 GTO was completed and entered in the GTOAA Concourse Restored Class and received a Gold award its first two times showed. It also received a 'Best-of Show' award at the Cruisin' Tigers Annual Uprising Show its first year after completion.