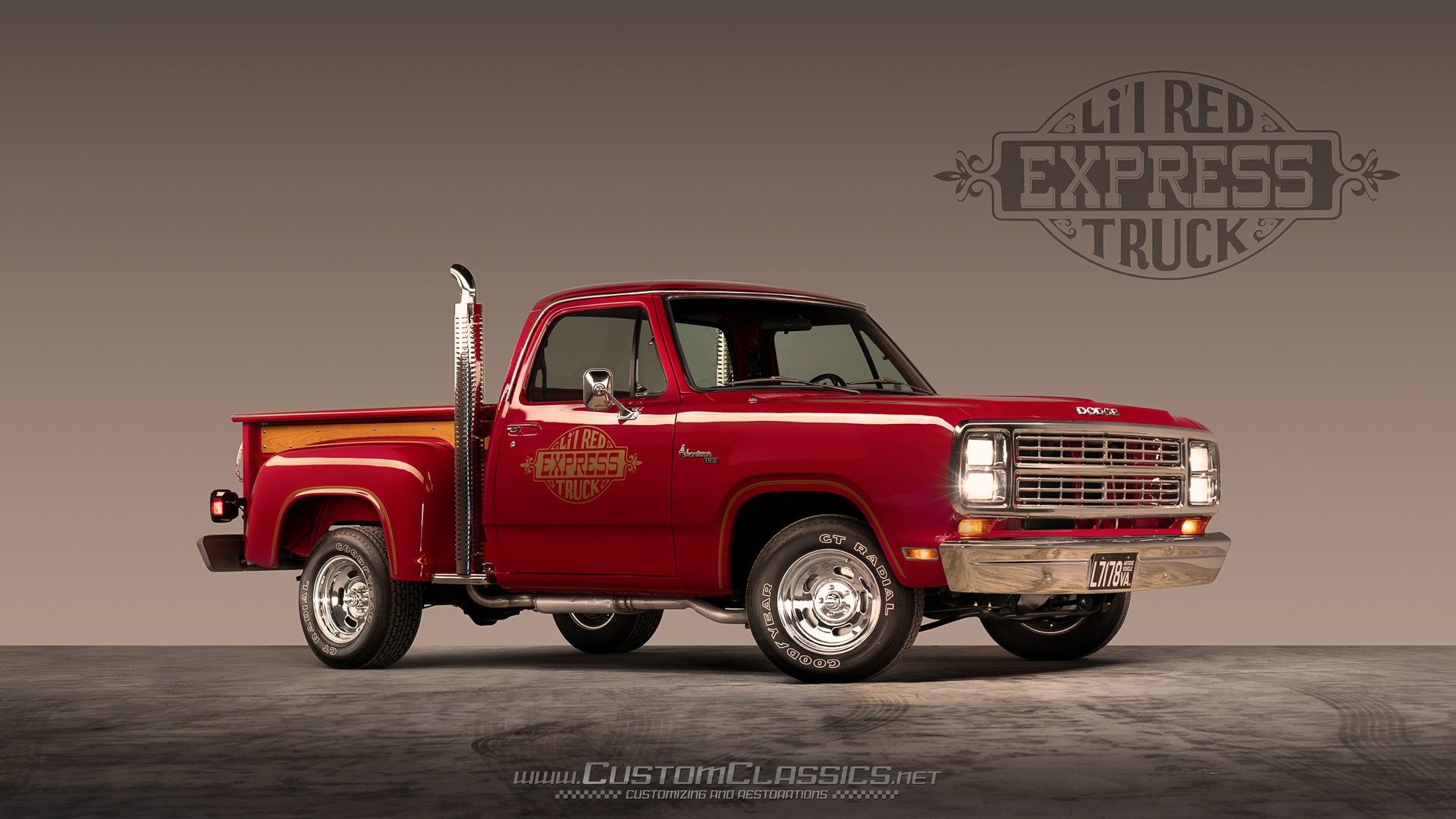 Complete nut-and-bolt restoration performed on this rare 1979 Dodge Lil Red Express pickup truck. If you're looking for any classic truck or car restoration services, fill out a form and contact us today!

Dodge surprised most American gearheads in 1978 when it drove its Li'l Red Express pickup truck straight through an emissions loophole and onto the market. According to regulations, an engine that had already been certified for road use could be modified without needing to be recertified, so Dodge heavily tuned a version of its hi-po 360-cid V-8 engine, upping output to 225 net hp. In the process, the Li'l Red Express became the fastest domestic vehicle to 100 mph, and clocked quarter-mile times in the high 15s.

While it may not have looked like it was faster than a Corvette, the Li'l Red Express certainly didn't look slow. Tall exhaust stacks rose from behind the cab, hinting at the power that hid beneath the hood. The short, stepside bed was the lightest truck body available, and all units were a sporty Canyon Red with badging on the doors. The D150-based truck had an MSRP just over $7,400, and slightly more than 2,000 were produced in 1978.

The Li'l Red returned for 1979, only now equipped with a performance-hampering catalytic converter and a milder cam. Hood and headlights were changed, but the trucks' appearance was otherwise the same. Buyers, having been tipped off by scores of favorable magazine articles, stepped up to purchase more than 5,000 of the model. Surging gas prices, however, took the wind out of the sails and production was cancelled after two years.

The 1978 and 1979 Dodge Li'l Red Express is an interesting moment in 1970s American automotive history, when the fastest car on the road couldn't keep up with a pickup truck. Because of its curious status, it has a loyal following among truck enthusiasts, though interest in the 1978 model is much greater than 1979s due to performance and rarity. As such 1979 models sell at a significant discount. Both years of the truck were generally put to good use when new, though cult status has led to plenty of examples being restored. Still, the Li'l Red Express can be difficult to find in top quality, and incomplete or project trucks can be a tough task to take on given the relative rarity of the model.